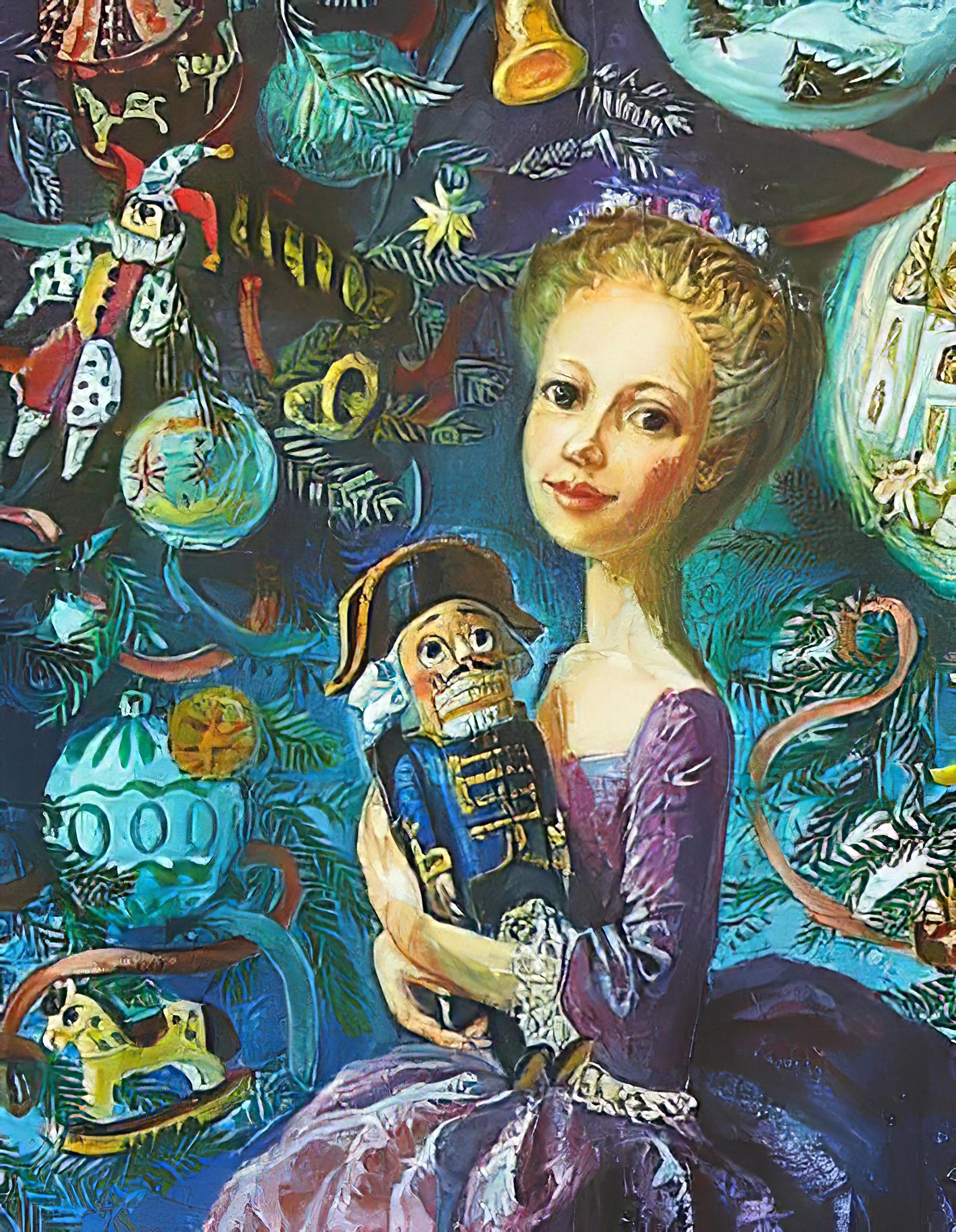 For the entire twenty-fourth of December, the children of Medical Officer Stahlbaum were not permitted to step inside the intermediary room, much less the magnificent showcase next door. Fritz and Marie sat huddled together in a corner of the back room. The deep evening dusk had set in, and the children felt quite eerie because, as was usual on this day, no light had been brought in. Fritz quite secretly whispered to his younger sister (she had just turned seven) that he had heard a rustling and murmuring and soft throbbing in the locked rooms since early that morning. Also, not so long ago (Fritz went on), a short, dark man with a large casket under his arm had stolen across the vestibule. However, said Fritz, he knew quite well that it was none other than Godfather Drosselmeier.
Marie joyfully clapped her little hands and exclaimed: “Ah, I wonder what lovely presents he’s made for us!”
Supreme Court Justice Drosselmeier was anything but handsome. He was short and scrawny, his face was covered with wrinkles, and he wore a big, black patch instead of a right eye. He also had no hair on his head, which is why he sported a very lovely periwig made of spun glass and very artistic. Indeed, the godfather was altogether a very artistic man, who even knew a thing or two about clocks and could actually build them. So if any of the beautiful clocks in Stahlbaum’s home fell ill and couldn’t sing, Godfather Drosselmeier would come by, remove his glass periwig, take off his snug yellow vest, tie on a blue apron, and insert sharp instruments into the gears. It was very painful for little Marie, but it didn’t harm the clock at all. In fact, the clock even grew lively, and it started cheerfully humming, striking, and singing again, much to everyone’s delight.
Страница 1 из 106