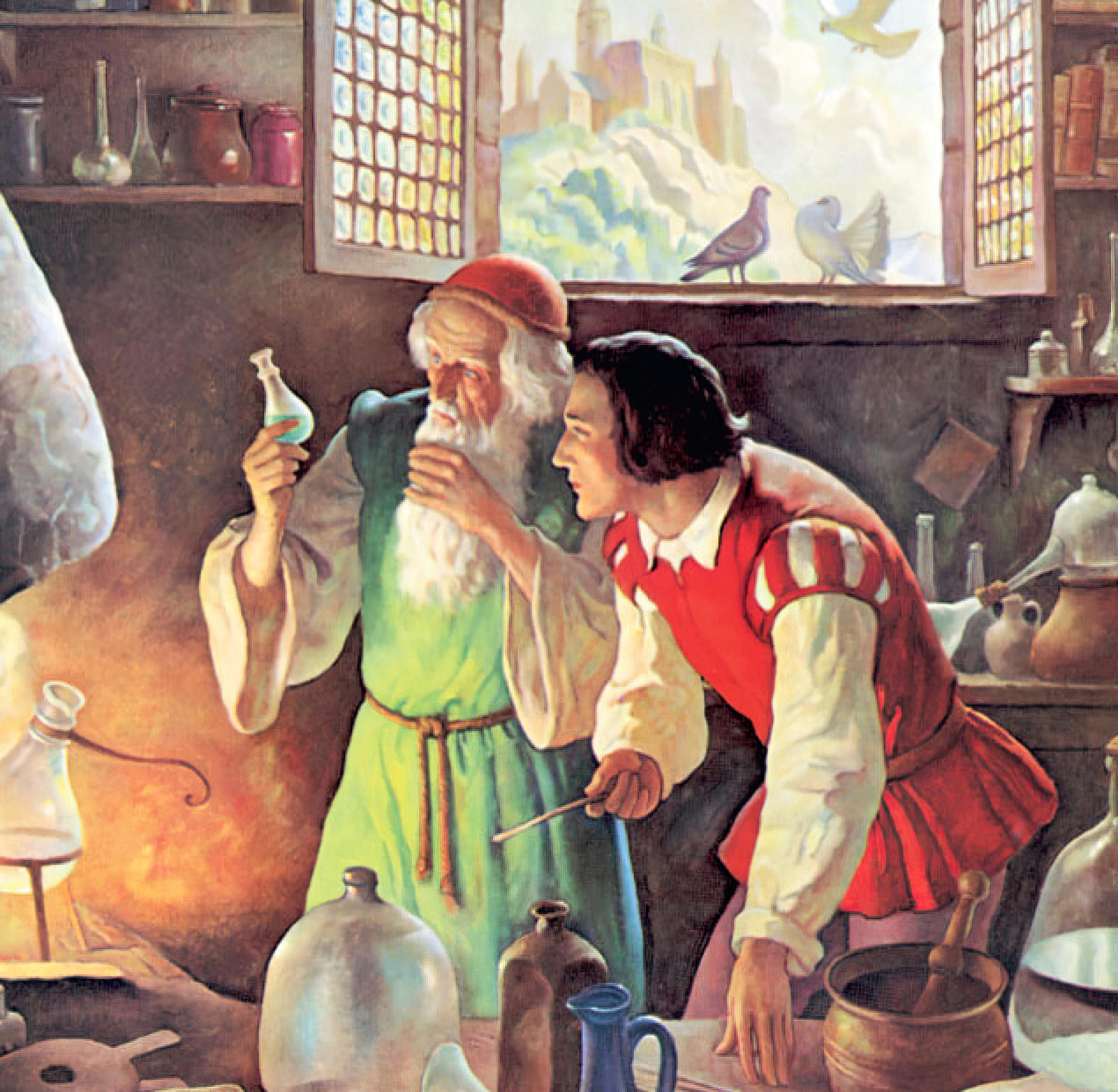 On Ascension Day, about three o'clock in the afternoon in Dresden, a young man dashed through the Schwarzthor, or Black Gate, and ran right into a basket of apples and cookies which an old and very ugly woman had set out for sale. The crash was prodigious; what wasn't squashed or broken was scattered, and hordes of street urchins delightedly divided the booty which this quick gentleman had provided for them. At the fearful shrieking which the old hag began, her fellow vendors, leaving their cake and brandy tables, surrounded the young man, and with plebian violence scolded and stormed at him. For shame and vexation he uttered no word, but merely held out his small and by no means particularly well-filled purse, which the old woman eagerly seized and stuck into her pocket.
The hostile ring of bystanders now broke; but as the young man started off, the hag called after him, "Ay, run, run your way, Devil's Bird! You'll end up in the crystal! The crystal!" The screeching harsh voice of the woman had something unearthly in it: so that the promenaders paused in amazement, and the laughter, which at first had been universal, instantly died away.
Страница 1 из 126