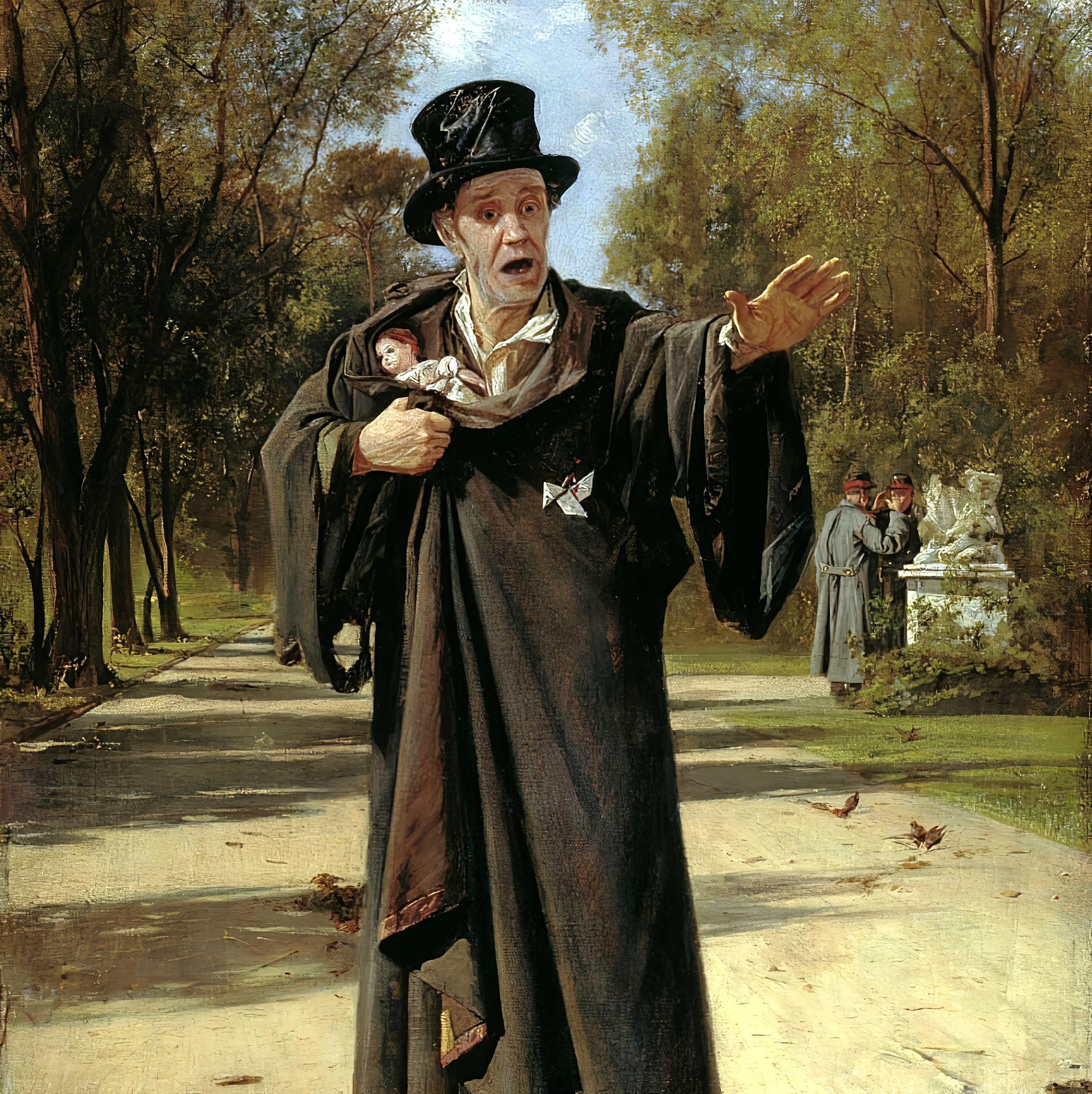 In the department of. . . but it would be better not to say in which department. There is nothing more irascible than all these departments, regiments, offices — in short, all this officialdom. Nowadays every private individual considers the whole of society insulted in his person. They say a petition came quite recently from some police chief, I don't remember of what town, in which he states clearly that the government's decrees are perishing and his own sacred name is decidedly being taken in vain. And as proof he attached to his petition a most enormous tome of some novelistic work in which a police chief appears on every tenth page, in some places even in a totally drunken state. And so, to avoid any unpleasantness, it would be better to call the department in question a certain department. And so, in a certain department there served a certain clerk; a not very remarkable clerk, one might say — short, somewhat pockmarked, somewhat red-haired, even with a somewhat nearsighted look, slightly bald in front, with wrinkles on both cheeks and a complexion that is known as hemorrhoidal. . . No help for it! the Petersburg climate is to blame. As for his rank (for with us rank must be announced first of all), he was what is called an eternal titular councillor, at whom, as is known, all sorts of writers have abundandy sneered and jeered, having the praiseworthy custom of exerting themselves against those who can't bite. The clerk's last name was Bashmachkin. From the name itself one can already see that it once came from bashmak, or "shoe"; but when, at what time, and in what way it came from bashmak — none of that is known. His father, his grandfather, even his brother-in-law, and absolutely all the Bashmachkins, went around in boots, merely having them resoled three times a year. His name was Akaky Akakievich. The reader will perhaps find that somewhat strange and farfetched, but he can be assured that it was not fetched at all, but that such circumstances occurred of themselves as made it quite impossible to give him any other name, and here is precisely how it came about.
Страница 1 из 23