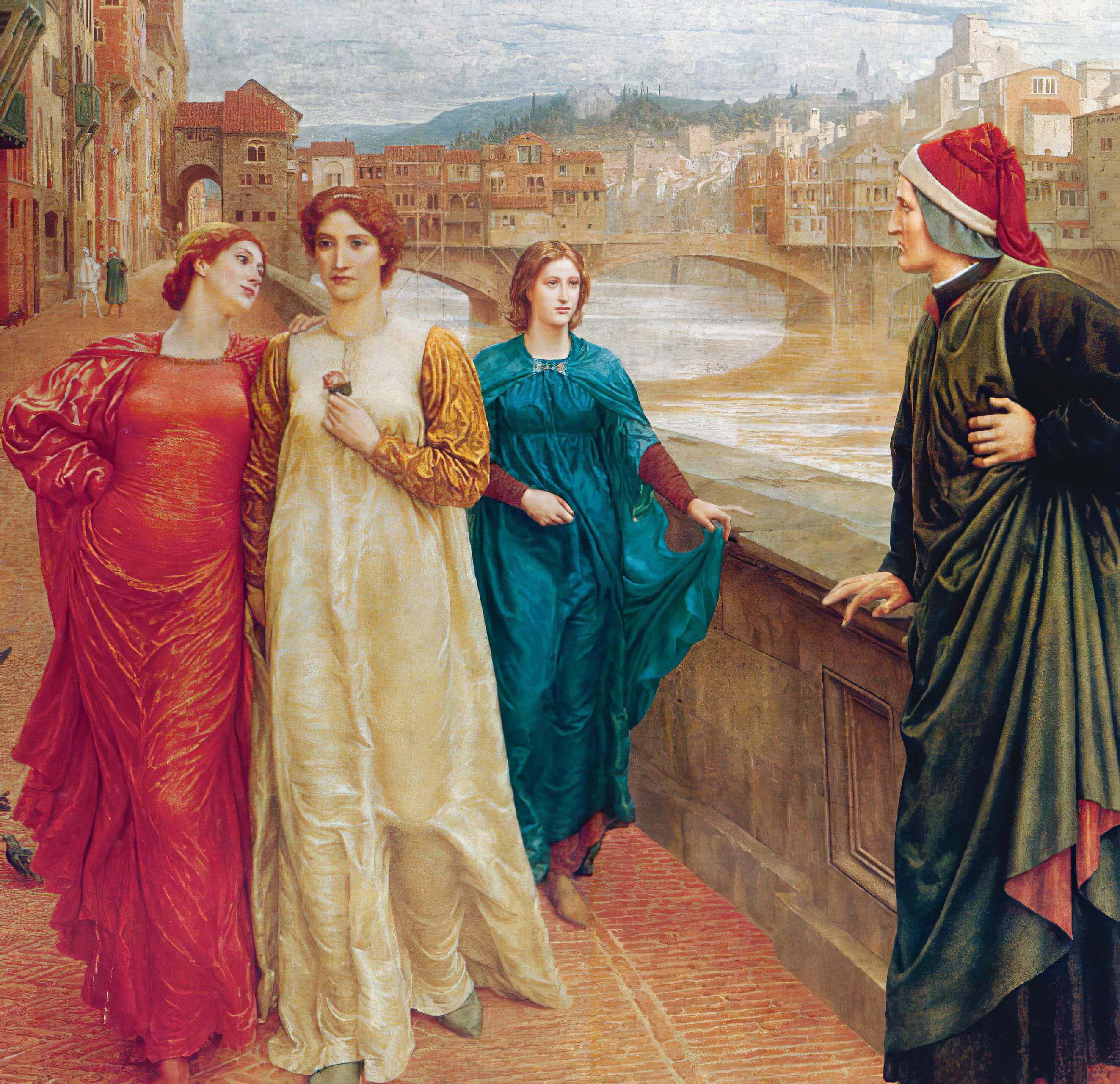 In that part of the book of my memory before the which is little that can be read, there is a rubric, saying, Incipit Vita Nova. Under such rubric I find written many things; and among them the words which I purpose to copy into this little book; if not all of them, at the least their substance.
Nine times already since my birth had the heaven of light returned to the selfsame point almost, as concerns its own revolution, when first the glorious Lady of my mind was made manifest to mine eyes; even she who was called Beatrice by many who knew not wherefore. She had already been in this life for so long as that, within her time, the starry heaven had moved towards the Eastern quarter one of the twelve parts of a degree; so that she appeared to me at the beginning of her ninth year almost, and I saw her almost at the end of my ninth year. Her dress, on that day, was of a most noble colour, a subdued and goodly crimson, girdled and adorned in such sort as best suited with her very tender age. At that moment, I say most truly that the spirit of life, which hath its dwelling in the secretest chamber of the heart, began to tremble so violently that the least pulses of my body shook therewith; and in trembling it said these words: Ecce deus fortior me, qui veniens dominabitur mihi. At that moment the animate spirit, which dwelleth in the lofty chamber whither all the senses carry their perceptions, was filled with wonder, and speaking more especially unto the spirits of the eyes, said these words: Apparuit jam beatitudo vestra. At that moment the natural spirit, which dwelleth there where our nourishment is administered, began to weep, and in weeping said these words: Heu miser! quia frequenter impeditus ero deinceps.
Pagina 1 di 73