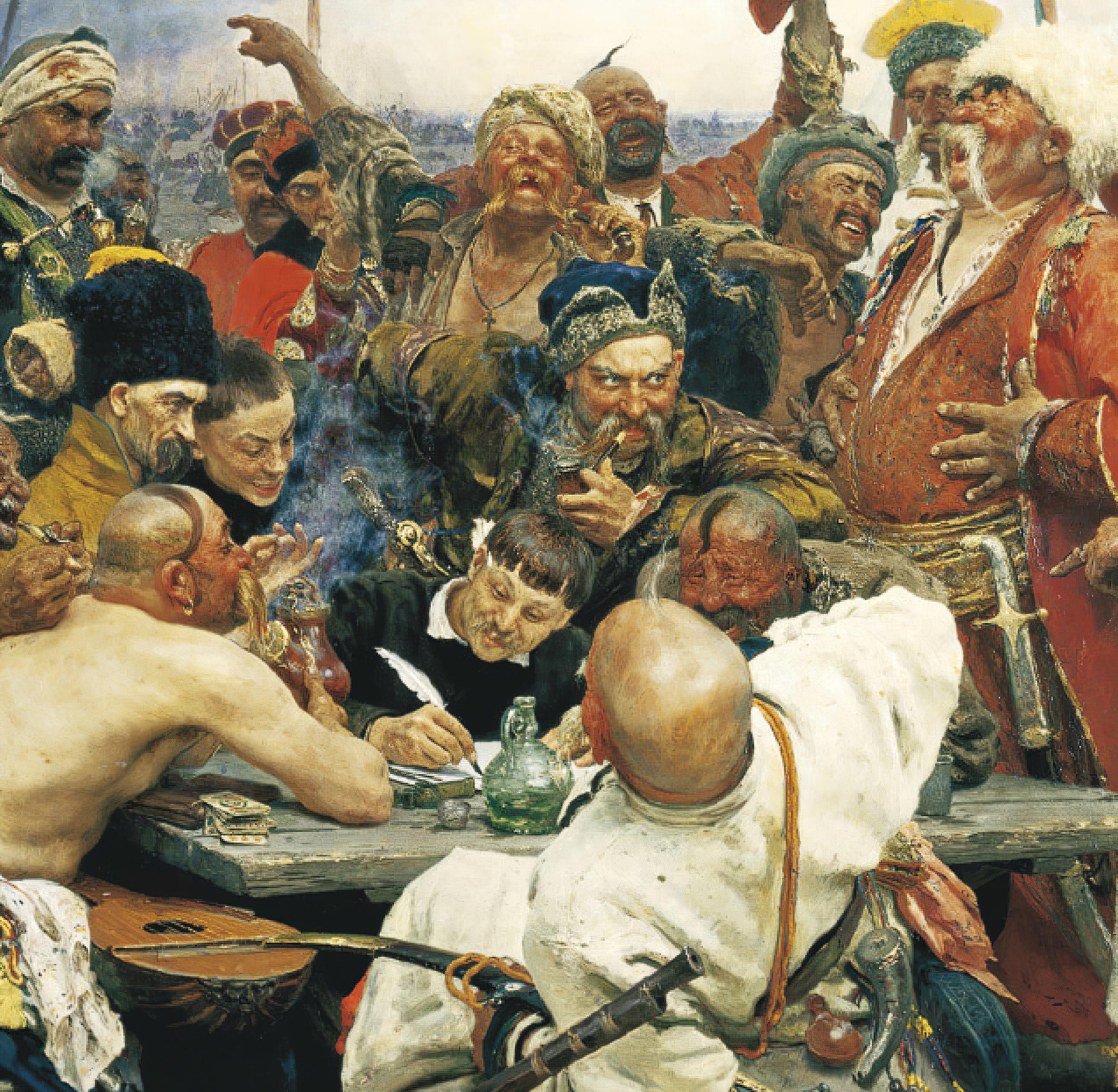 "Turn round, my boy! How ridiculous you look! What sort of a priest's cassock have you got on? Does everybody at the academy dress like that?"
With such words did old Bulba greet his two sons, who had been absent for their education at the Royal Seminary of Kief, and had now returned home to their father.
His sons had but just dismounted from their horses. They were a couple of stout lads who still looked bashful, as became youths recently released from the seminary. Their firm healthy faces were covered with the first down of manhood, down which had, as yet, never known a razor. They were greatly discomfited by such a reception from their father, and stood motionless with eyes fixed upon the ground.
"Stand still, stand still! let me have a good look at you," he continued, turning them around. "How long your gaberdines are! What gaberdines! There never were such gaberdines in the world before. Just run, one of you! I want to see whether you will not get entangled in the skirts, and fall down."
Page 1 of 165

Download the free e-book by Nikolai Vasilievich Gogol, «Taras Bulba» , in English. You can also print the text of the book. For this, the PDF and DOC formats are suitable.