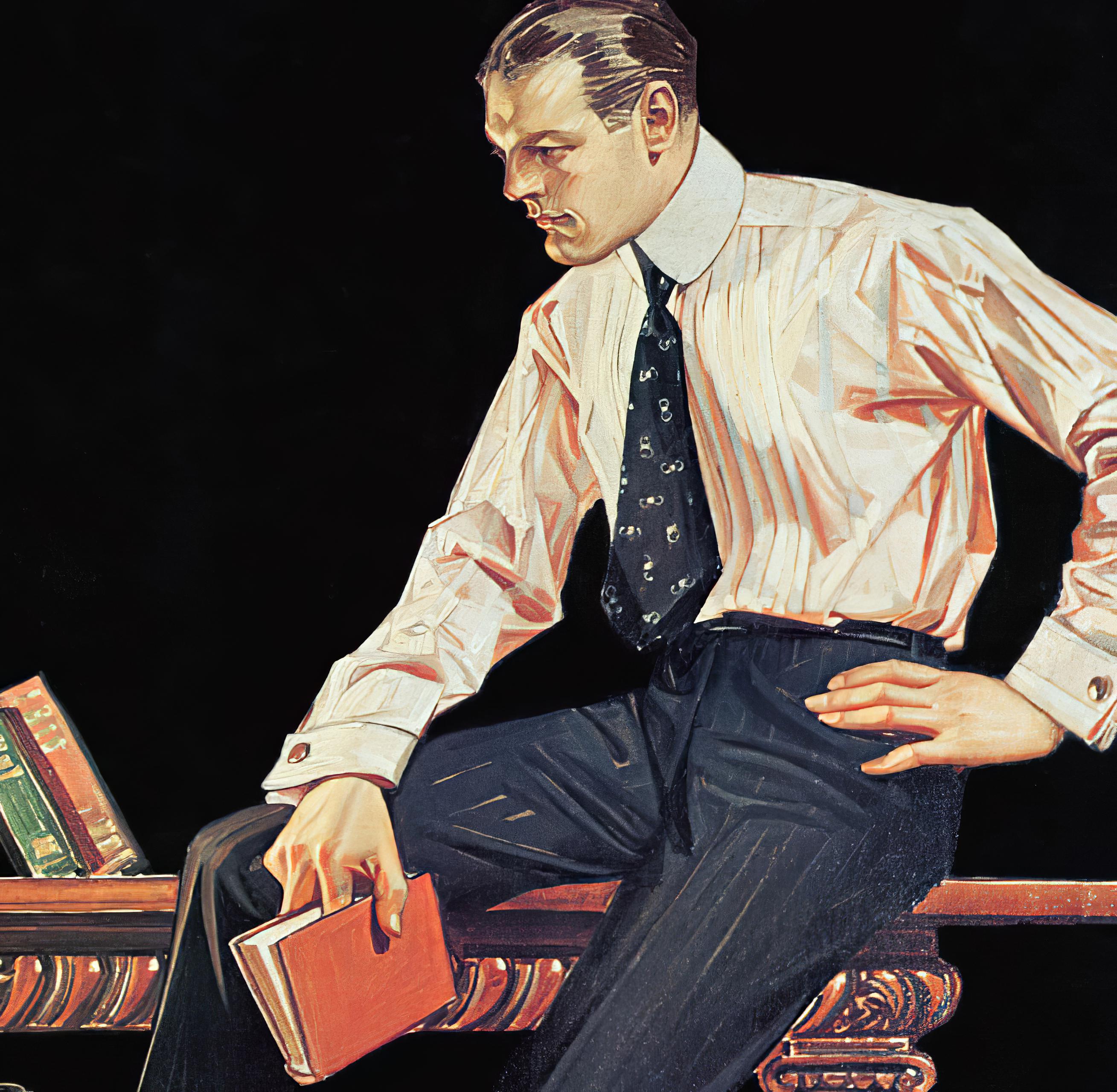 The one opened the door with a latch-key and went in, followed by a young fellow who awkwardly removed his cap. He wore rough clothes that smacked of the sea, and he was manifestly out of place in the spacious hall in which he found himself. He did not know what to do with his cap, and was stuffing it into his coat pocket when the other took it from him. The act was done quietly and naturally, and the awkward young fellow appreciated it. “He understands,” was his thought. “He’ll see me through all right.”
He walked at the other’s heels with a swing to his shoulders, and his legs spread unwittingly, as if the level floors were tilting up and sinking down to the heave and lunge of the sea. The wide rooms seemed too narrow for his rolling gait, and to himself he was in terror lest his broad shoulders should collide with the doorways or sweep the bric-a-brac from the low mantel. He recoiled from side to side between the various objects and multiplied the hazards that in reality lodged only in his mind. Between a grand piano and a centre-table piled high with books was space for a half a dozen to walk abreast, yet he essayed it with trepidation. His heavy arms hung loosely at his sides. He did not know what to do with those arms and hands, and when, to his excited vision, one arm seemed liable to brush against the books on the table, he lurched away like a frightened horse, barely missing the piano stool. He watched the easy walk of the other in front of him, and for the first time realized that his walk was different from that of other men. He experienced a momentary pang of shame that he should walk so uncouthly. The sweat burst through the skin of his forehead in tiny beads, and he paused and mopped his bronzed face with his handkerchief.
Page 1 of 566

Download the free e-book by Jack London, «Martin Eden» , in English. You can also print the text of the book. For this, the PDF and DOC formats are suitable.